11. The decision is yours

The day before the next session, Lightning was relaxing on the back porch of the De La Vega mansion; while watching Sally help Nayara’s mother, Natalia, an elegant dark purple Audi Spider, with some gardening work. Lightning sighed and looked at the sea that extended to the west, on the other side of the city. Despite the success of the previous day’s trial against Tex, he could not help but get infected by Sally’s restlessness from time to time. After all, she knew that world a thousand times better than he did–and if she was worried about anything–

Lightning jumped up and down before relaxing and forcing a grimace in the direction of Naya.

“Nothing out of the ordinary,” he joked. “Tracks, training–”

The lawyer raised an eyebrow.

“I wanna thank you, Lightning,” she said, causing him to face her in surprise, “for helping me–Us,” she corrected herself, “so much in this case. I hope I can return you the favor someday.”

“Whatever I can do,” he replied, although his sidelong glance at Sally did not go unnoticed by the Hispanic.

“I envy you,” she confessed, and to the amazement of Lightning, she clarified. “You love each other, you trust each other, and I could almost say that your connection is visible to the naked eye.”

Lightning shook his nose, self-conscious, before bowing it modestly, but he did not respond. Since something was burning on his tongue, he was not sure he could repress it. Finally, he gave up and noticed his hood opening almost by inertia to ask:

“Who? Oh, Sally?” She guessed right away. At the racers’ assent she sighed and made a nostalgic gesture, then she turned her windscreen to her best friend. “How’d I describe her?” She meditated, “Sally–Well, she was always a curious creature,” she said then, “I remember that. Ever since I met her she wouldn’t stop. She was interested in everything and anything, and she asked about it,” Naya smiled to herself almost unwillingly. “You know? In college Sally was the best―She studied halfway through and always got better grades than me. Sometimes I almost hated her for it.”

Naya, for her part, grimaced at him before responding.

“Yeah, Sal told me you met them. There’s not much more to add,” she sighed deeply as if the matter were thorny even for her. “Sally’s parents were always very demanding about protocol and social life. Mine were not, gotta say, so I never understood how they could be close friends. But, well, I guess that’s why I wasn’t surprised that Sal’s world opened up under the wheels when we went to NY. Suddenly, she wanted to try everything, to know, to enjoy–In short, to be free–” Naya paused, twisted her nose into a half-biting smile, and asked. “Do you know her biggest secret yet?”

Lightning imitated her and pretended to lose his gaze in the trees around the porch.

“Well–Only if you mean the tattoo on her trunk.”

“Yeah, I imagined that after so much time you’d have discovered it,” she replied happily. “I was less discreet,” she showed him a delicate structure around her right rear wheel, whose exquisite finish Lightning could not help but admire, “but she–Anyway, I thought that if someday her family found out, they would disinherit her or something.”

Lightning nodded to himself, understanding.

“Well, to tell you the truth, I discovered it two days after meeting her,” he said, making Nayara open the hood wide.

“You gotta be kidding me!” She denied, incredulous. “Are we talking about the same Sally?”

“It was an oversight on her part. What are you gonna tell me?” excused Lightning with false guilt. “It’s funny, though, because back then, she still hated me–”

“You must tell me how your paths crossed,” asked Naya, who was naturally morbid about such stories. “I’m sure it’s quite a funny story–”

“Hey, Sal,” said Lightning to his girlfriend with a warm kiss.

“Your boyfriend and I were talking about how you two met,” Naya confessed, having Sally wave a windshield in the direction of Lightning.

“Is that so?” She wanted to know, sarcastic.

“Yeah,” he admitted, “though I have not yet told her my ‘great crime,’ counsel.”

And under Naya’s amused gaze, Sally added with a chuckle:

“We met in court, yes. He was the defendant and I was the attorney.”

Nayara was dying to know more. However, the sudden appearance of the maid on his back made all three of them curious.

“I’m sorry to interrupt, miss. But–” she swallowed oil. “Mr. Mustang is here.”

The three cars listening to her jumped flinched and looked at each other, alarmed. But Naya soon recovered her composure–Or rather, she went from surprise to anger in less than a quarter of a minute.

“Yes, miss,” replied the maid, holding back her fear. “He’s at the door. He says that–” she glanced behind Naya, who put the body up to the McQueen-Carrera couple, “he wants to talk to Mr. McQueen. Fan to racer, that’s all.”

“Tell him I’ll be right there, Sara,” she announced after a few seconds, to the surprise of his two companions. “Thank you.”

The other vehicle said goodbye almost in a hurry before driving back into the mansion.

“Don’t worry, Naya,” he interrupted her with a strange serenity. “I’ll go.”

“What?!” Sally was shocked. “Lightning, what are you going to do? No–”

But he headed straight for Naya.

“Can you leave us alone for a moment?”

The young Hispanic lawyer hesitated briefly while looking alternately at Lightning and Sally. But, seeing the latter’s resigned assent, she chose to accept.

“I’ll go talk to Mustang, I’ll wait for you there” she announced, not without concern, before disappearing.

So, when they were left alone, Sally couldn’t hold back any longer:

“Please tell me you’ve thought through what you just said to Naya.”

Lightning inhaled deep. He should have known that Sally would react like that, even if it killed him not knowing exactly why, but he also thought this could be an opportunity. If Alex was hiding something–

“Hey,” he interrupted her, no violence. “What if I could find out something? Come on. I’m the least likely person he’d suspect from.”

“You’re my boyfriend. Of course, he’d be suspicious.”

“I’ve only testified once to prove my innocence, honey,” he countered, trying to wipe the worry off her face. “He’s got nothing on me.”

“Shush–Do you trust me?” he repeated sweetly.

“Always. The one I don’t trust is Mustang.”

“He must have some reason to come to me right now. I won’t let him hurt me, I promise.”

“You don’t know how he is,” insisted Sally, stubborn.

“Trust me, Sally. Please. It may be nothing, but perhaps we’d get something.”

Lightning showed half a mysterious smile.

“A safeguard for our case. You’ll see.”

“Okay, but I refuse to let you go alone, and I know the De La Vega’s will refuse too.”

“Okay. I’ll take two of Tex’s bodyguards then,” said Lightning. “Will that put your mind at rest?”

“Hey, I’m sure Alex wouldn’t dare do anything to me,” he said. “He wouldn’t gain from it. For better or worse, I’m a known car, and if anything happens to me, you all know I’m with him. If he’s come himself, I don’t think he’s so stupid to risk being caught like that, less if we’re both involved in such an important case―don’t you think?”

Sally swallowed oil and desperately sought arguments to ask him to stay, to stop risking his life for her―she couldn’t. So, with resignation, she mumbled:

“You’re right. But be careful, okay?”

He kissed her tenderly, prolonging the moment as long as possible until Naya cleared her throat behind him to ask what they were doing next―Alex was getting impatient. And that’s when Lightning winked at Sally and said to Naya:

“First of all, I gotta ask you a little favor–” 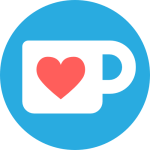